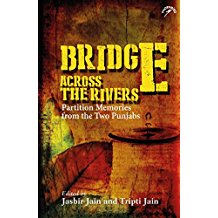 The history of the Partition is neither singular nor static. It appears different from different perspectives. The past is never over, its presence looms large over our present. The Partition narrative exceeds the bounds of history, to the large scale exodus often referred to as the third partition – most painful and long-lasting in its emotional, political and social contexts. It impacted both collective and individual identities. In some ways it rendered the individual invisible, with identity being transformed into a stereotype, which evoked conventional patterns of behaviour. The heartache and anguish of divided families and frustrated, failed individual lives lay heavy on the joy of a much-coveted freedom. Oral histories break the hegemony of the written. They enter individual psyches to explore morality and ethics, guilt and regret. This collection seeks to debate issues and throw light on discourses other than those of violence and darkness, working with a chronology, located in time. The narratives unfold expectation, hope and harmony, flight and violence, psychological fallouts, gender issues and questions of guilt and reflection. As the stories trace the shifts in emotions and focus on individual wills, the undercurrents of cultural oneness form a counter discourse.

Amazon’s Purchase Link: Bridge Across the Rivers: Partition Memories from the Two Punjabs

At the dawn of independence, we lost freedom over a major part of our own land, people, and rivers. More than that, loss of love, brotherhood and humanity are the highest price we have been paying even after seven decades. Partition is an ugly scar that will not fade in a foreseeable future.  A sudden volcano of hatred erupted after the eruption of a new nation and what left behind were distorted lives, tormented villages resulted in a migration of millions of people across the newly built borders. Amidst of the religious fanaticism, many have been killed; women were abducted, brutally raped and sold and all those who managed to survive had suffered terribly.

There are arrays of partition narratives that reflect the whole incident in a broader scale. All those who were victims or survivors, their own perspective and many have written accordingly. From Khuswant Singh, Amrita Pritam, Saadat Hasan Manto to Jhumpa Lahiri, Salmam Rushdie and many others have contributed to partition literature. It is from the works of those great writers we get a clear understating of the era.

BRIDGES ACROSS THE RIVERS is a collection of 16 short narratives of partition originally written in Punjabi, translated by various writers, edited by Jasbir Jain and Tripti Jain. The collected stories show the panorama of lives after independence that leads the readers in a state of awe, grief, and anguish. Based on the theme of partition all the stories have many things in common at the same time all are different in several aspects and perspective.

‘THE HOMECOMING’ is a story of two men longing to return to motherland but caught in the riots. Both belonged to different religion, got shelter in a Gurudwara. When the outside world was burning in hatred, a massacre of people in the name of religion was going in full flame. They did not face any discrimination there at Gurudwara; they lived safely till they managed to return and this is how the place preserved the soul of humanity. Then their fate had something else waiting at their homeland. Soon after reaching their country they got killed in the hands of rioters. The story begins with a note of hope of getting things better then takes a sudden turn of misfortune and what is left behind is nothing but grief.

‘A DEFENDER OF HUMANITY‘, is a powerful story that restores our shattered faith in mankind. A man who saved the lives of his passengers at the cost his own life becomes the saviour of humanity. It is Hussain, the lorry driver, who risks himself and saves the lives of his Hindu and Sikh passengers. When the same communities were bloodthirsty of each other, Hussain came forward as a defender of humanity. He proved that there is always hope even in the darkest hour of one’s life; that there also live saviours among the traitors.

‘DAUGHTER’S DOWRY’ has a compact theme which deals with several political and social issues like immigration, conversion, and evils of dowry system. The story begins with Allah Rakha who was converted to Islam in order to save his life and now he is leaving for India. His neighbours who once forgave his life in terms of his conversion got offended by his decision to live in India by disrespecting their mercy. His ungratefulness enraged them in anger and they do not want to let him go alive. He is gathering his things and packing them at the other hand the anger grows bigger and violent. He managed to get into the lorry with some of his belongings and feels relieved for a moment until his wife finds that the things she has been collecting for years for her daughter to give as dowry are left behind at the house and she refused to go without them. At that critical moment, she risks lives of her family for such trivial things that shows the seriousness of dowry in the society. The story has a balanced and compact narrative which covers multiple aspects within few pages.

Sometimes years of hatred dissolves in the moment of pain, more often suffering becomes a mean for purgation of the human psyche. ‘OF ONE COMMUNITY’ is a beautiful story that gives hope amidst of the stories of chaos and bloodshed. A Hindu family relocated in the neighbourhood of a Muslim family. Both families have scars of riots and violence during partition. They get uncomfortable in presence of the other as they hold grudges against each other. But fate has decided something else for them the two men of both the families are struggling with the same mental trauma caused by the violence and massacre. The moment they realized their shared pain they become of one community. As they say,” There are only two communities in this world –the cruel and the meek. Our two families belong to the community of the meek.”

Years of separation could not slacken one’s love for the other. Love goes deeper with the passing of time, carefully preserved in the hearts of lovers. ‘COME SISTER FATIMA is a memoir of such a love between two women who got separated by the boundaries of two nations. Bebe is an old woman, recalls the moments of the day when her beloved friend Fatima had to leave for the newly formed country Pakistan almost 50 years ago. It has been 5 decades, for now, Bebe grows old, gets knee pain, have lost her eyesight and teeth. These long years of separation have made her physically weak but her love never dwindles even for a moment. She has been preserving the spinning wheel which her friend Fatima left to her with a hope that someday the two countries will reunite and they will be together like before. Bebe is still with that hope, keeping that spinning wheel by her side which has no use now. The spinning wheel is a symbol of their love that helps her to endure her loss. The loss that we still are enduring, separation, one of the worst things ever happened to India.

This book is a combined effort of many authors, translators, and editors. All the 16 short stories have a different perspective however common in theme, i.e., struggles of survival, and sufferings. It gives an insight over the lives of people separated by boundaries in the post-independence era, an appreciable work by Jasbir Jain and Tripti Jain, indeed. 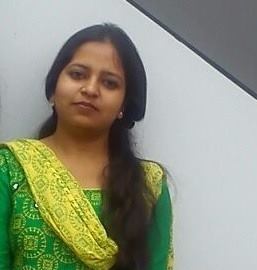 Archana Basisth
A Master’s Degree holder in English Literature,
Archana craves for reading, writing,
however, she shies away !